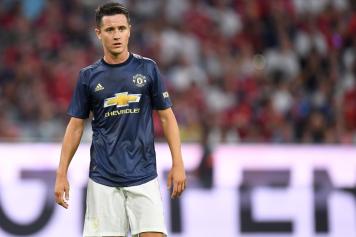 Whilst Milinkovic-Savic is on the verge of signing a new contract with Lazio, that would see him become the highest-paid player of the Claudio Lotito era at Lazio, Rabiot is equally as likely to move, with Barcelona the main suitors for the Frenchman.

Therefore, AC Milan have needed to source viable alternatives, with Manchester United’s Spanish midfielder Ander Herrera the next on their radar. The Spaniard’s contract with the Red Devils expires next summer and he is reportedly unhappy at the club, interested in completing a move elsewhere.

With a contract expiring, Milan may be able to sign Herrera on a cut-price deal in the winter transfer window, hoping to slowly complete the puzzle as they strive for continental qualification.

July 12, 2017
Chelsea has become the first football club to be accredited under the London Healthy Workplace Charter, reports www.fcbusiness.co.uk The Charter, backed by the Mayor of London,...

Monaco expect Lemar to choose Liverpool if offer made

Arsenal struggling to drum up January interest for Mesut Ozil