PSG management are ready to sell Adrien Rabiot this summer.

Le Parisien says a decision has been made to listen to offers for the France international. 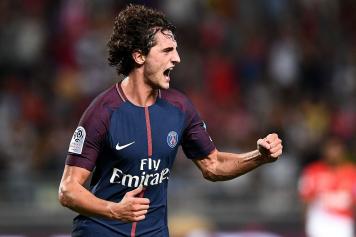 With his current deal about to enter it’s final 12 months, PSG have attempted to discuss new terms with Rabiot. But his reluctance has management now favouring his sale.

The midfielder’s decision to refuse a place on France’s World Cup standby list has added to the problems facing PSG, with the backlash from fans and media still ongoing.

Former PSG coach Unai Emery remains a fan and is eager to bring him to Arsenal.

July 10, 2017
Napoli coach Maurizio Sarri insists he's not bothered about the summer market. Sarri is happy for others to handle transfers. He stated: “I don't want to get...

Neymar most expensive player in Europe, not Lionel Messi – study