Arda Turan‘s Barcelona frustration could see him winging his way to Arsenal in January, according to the Mail.

Turkey international Turan has struggled for regular playing time since arriving at Barca two summers ago and has yet to make an appearance this season.

And the Mail, citing reports in Turkey, says the Gunners are among the clubs “being alerted to his availability,” with his former side Galatasaray also interested.

It adds that former Atletico Madrid midfielder Turan “will be offered to potential suitors when the window opens in the New Year.”

Arsenal are reported to have been in touch with the 30-year-old’s representatives and believe a deal can be done despite the fact that he is under contract until 2020.

Stand by for a potential battle between Manchester United, Arsenal and Bayern Munich, with Eintracht Frankfurt’s Serbia midfielder Mijat Gacinovic the target.

The Mirror reports that United boss Jose Mourinho attended Austria’s World Cup qualifying win over Serbia on Friday to watch the 22-year-old, who has scored twice in his three senior international games.

But Bayern Munich are generally pretty quick off the mark when a Bundesliga player catches the eye, and the champions sent scouts to watch him on Friday — something Arsenal had also done in his previous two internationals.

Reports in Austria suggested Mourinho could have been in attendance to look at Southampton’s Dusan Tadic, but the Mirror says that possibility “has been ruled out by United sources.”

And it adds that the Old Trafford boss “was alerted to Gacinovic’s talents by Nemanja Matic, who has been impressed by Gacinovic’s workrate and ability.” 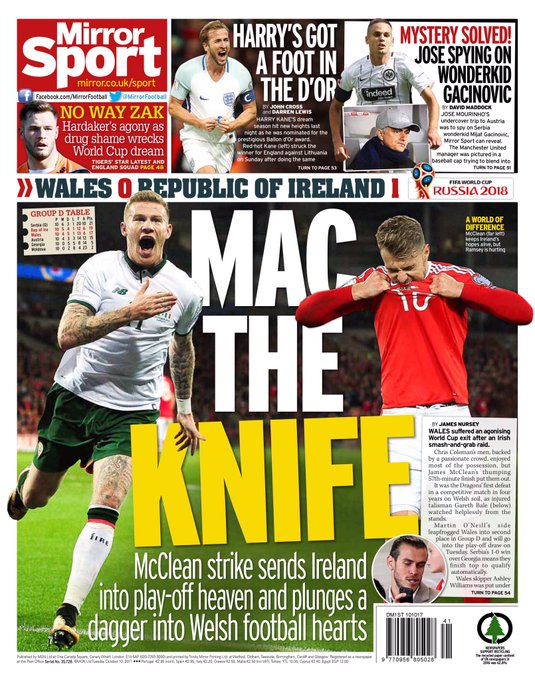 June 26, 2017
Olympique Lyon president Jean Michel Aulas has confirmed talks with Arsenal striker Olivier Giroud. Aulas admits he'd like to bring Giroud back to France this summer. And he revealed to L'Equipe:...

Guardiola come as no surprise to Bayern star Muller

Mendy: De Bruyne asked me straight – ‘When are you joining...