Carlo Ancelotti has said Bayern Munich are not in the market for Wolfsburg’s Julian Draxler or any other player in the January transfer window, describing his squad as “complete.”

Wolfsburg paid a reported €40 million to sign Draxler from Schalke in the summer of 2015, but last week he was benched by coach Valerien Ismael and booed by fans after coming on as a substitute.

But despite consistent reports of Draxler’s exit from the relegation-threatened club, Ancelotti said there was no room for him or any other additions at Bayern this season.

“Draxler is a very interesting player. Full stop,” he said ahead of Bayern’s top-flight clash with Wolfsburg on Saturday.

“He can play in any team. Our team is complete. We won’t do anything in winter — there’s no market for us.”

Bayern host Wolfsburg on Saturday, though Ismael would not say whether Draxler would return to the lineup.

Bayern’s Thomas Muller is also struggling for form, without a Bundesliga goal to his name yet this season. 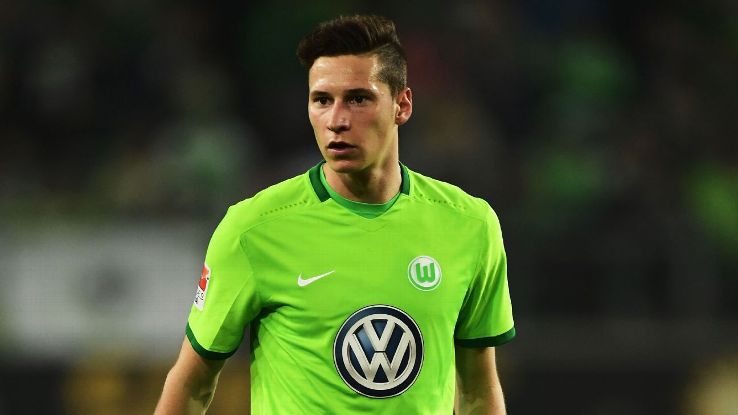 Fortunately for him, his teammates have ensured this has not had any real consequence in their results, although Ancelotti is still keen on the Germany international ending his drought soon by playing him in a position where he can do more damage.

“He’s a forward and he cannot play on the wings, I know that,” said the Italian coach. “He can play as a striker and he is intelligent enough to pick the right position.

“I know that Muller cannot play out on the touchline like Arjen Robben, Franck Ribery or Douglas Costa.”

Whether or not Muller scores, Ancelotti is seeking a win on Saturday, either to move his team to the top of the table or keep them within touching distance of league leaders Leipzig, who travel to Ingolstadt with a three-point advantage.

“We need to focus on our game and not care about what happens in Ingolstadt,” Ancelotti said. “We know that with three wins in a row, we will be the league leaders [heading into the winter break].”

Ancelotti is torn between Holger Badstuber and Jerome Boateng for a place in the centre of his defence, with both players struggling with injury recently.

However, the Italian revealed that Mats Hummels cannot play due to illness, meaning he joins Kingsley Coman on the sidelines.