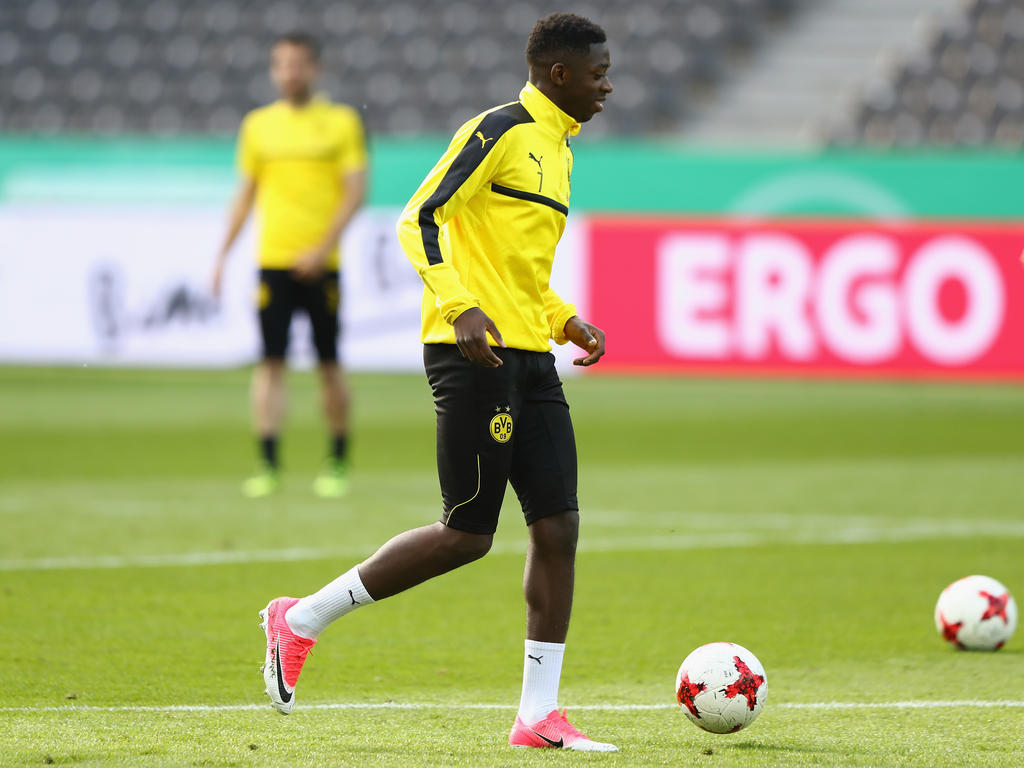 “He didn’t come to practice today. We don’t know why. We tried to reach him but we were unable to,” Bosz told reporters at a press conference.

The French international posed for a team photo with Dortmund after Wednesday’s training session, but there was no sign of him on Thursday.

Dembele, who at the age of just 20 is considered one of the top talents in Europe, has been hotly pursued to fill the void left by Neymar’s move to Paris Saint-Germain for a record 222 million euros ($264 million).

Barca immediately began scouting for replacements before the transfer window closes, with the rumour mill focussing on Dembele and Liverpool’s Phillipe Coutinho.

Speculation about Dembele’s possible move to Camp Nou reached fever-pitch this week after the French international deleted the words Borussia Dortmund and the team’s slogan “true love” from his Twitter and Instagram profiles.

Dembele has made no secret of his desire to play for Barcelona, telling Gol TV last week that it was “a pleasure” to see his name on Barca’s wish list.

The departure of golden boy Neymar has created a sudden opening in Barca’s famed attacking trident alongside the world-class talents of Lionel Messi and Luis Suarez — a challenge Dembele is sure to relish.

The precocious forward joined Dortmund last summer from the French first division side Stade Rennes for the bargain price of 15 million euros.

He went on to enjoy a stellar first season in the Bundesliga, scoring six goals in 32 appearances.

Dembele’s skills on the pitch, including a series of dazzling assists, quickly impressed and earned him ‘wunderkind’ headlines in the German press, though he has been criticised at times for lacking discipline.

“I’m not a phenomenon, I’m just trying to be decisive for my team-mates, there are a lot of talented young people in football,” a modest Dembele said last March.

After working on improving his finishing, the youngster cemented his status as the one to watch.

He helped Dortmund lift the German Cup trophy in May with an opening goal that expertly curled around Frankfurt Eintracht’s goalkeeper.

Dortmund went on to win 2-1, ending a run of defeats in the German Cup final.

In June, Dembele was voted the Bundesliga Rookie of the Year.

The upcoming move to Spain marks a dream come true for Dembele, who had already been courted by the Catalans last year but opted for a five-year deal with Dortmund instead to improve his game and gain more first-team experience.

According to Spanish newspaper Mundo Deportivo at the time, the young forward however left Barca sporting director Robert Fernandez in no doubt about his true ambitions.

“One day I will play for Barca,” he said.