England have won their first ever World Cup penalty shootout by beating Colombia to book their place in the quarterfinals. 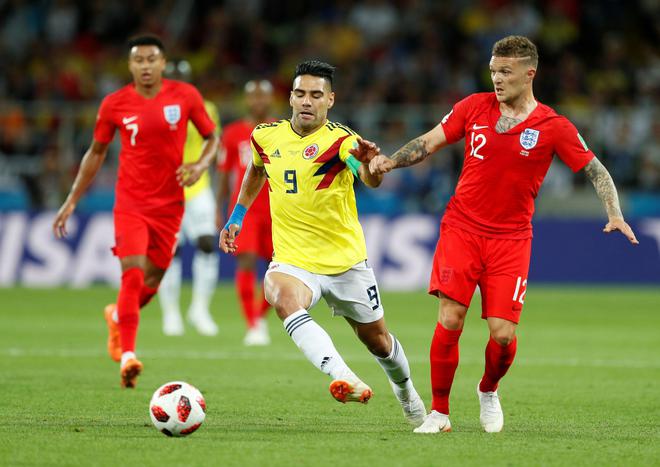 In a match that played out like a bar brawl at times, Yerry Mina nodded home for Colombia deep into injury-time to cancel out Harry Kane’s 57th minute penalty.

The first-half played out with both sides unable to find any penetration in the attacking third. But things picked up immediately after the restart and it was England who broke the deadlock.

After being rugby tackled to the ground by Carlos Sanchez, Kane was awarded a spot-kick.

The England captain made no mistake from the spot, waiting for Ospina to dive before finishing down the middle.

Gareth Southgate’s side were home before Mina popped up with his third goal for the tournament.

John Stones let Mina get a free run from a corner and the Barcelona star made it count, rising like a colossus before bouncing his header into the net.

It seemed destined that penalties would come given England’s tortured past. But it was a different story tonight as Mateus Uribe and Carlos Bacca were unable to score for Colombia, sealing the Three Lions first win in the knockout rounds of a major tournament since 2006.

They will now play Sweden in Samara on Saturday.

Fabregas: Chelsea full of winners. I’m proud to be here!