Manchester United manager Jose Mourinho has denied his team are on a bad run and praised their level of performance.

United are in seventh place in the Premier League and lost 4-0 at Chelsea in their most recent league game after draws against Stoke City and Liverpool.

But speaking at his news conference ahead of the home game with Burnley on Saturday, Mourinho said: “What I know is that in the last seven matches we only lost one, and it is better to lose one match 4-0 than four matches 1-0.

“Our last run of results isn’t bad, and the performance level was even better.

“We lost two points against Stoke, which was our best match. The opportunities we made against Stoke could have seen us score four, five, six goals. The run of performances isn’t bad.”

United have had more joy in cup competitions, thrashing Fenerbahce 4-1 in the Europa League and winning 1-0 against Manchester City in the EFL Cup. 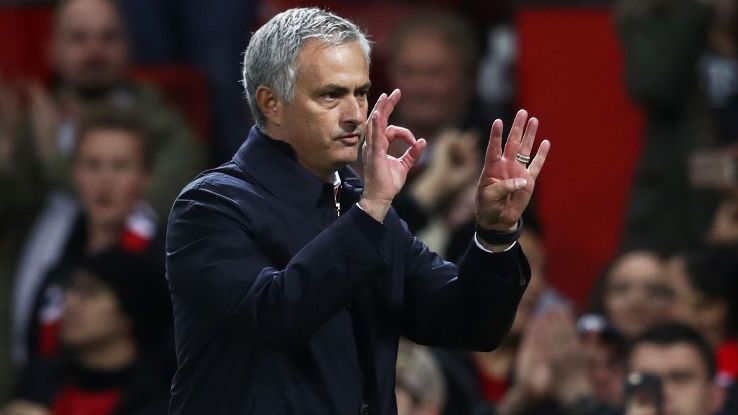 “Because of the defeat, it became more than just a normal cup match. It was very important for the players to win it and give back to the fans.

“In the same way everybody wanted to play against City because of such a big defeat the match before, it’s the same for this [against Burnley on Saturday].

Mourinho warned that the Burnley game would be “difficult,” recalling a 1-1 draw against the Clarets at Stamford Bridge as Chelsea won the 2014-15 Premier League.

“It is the same Burnley,” he said. “It is going to be very difficult for us because we arrive after a run of five matches with just a few days rest in between.”