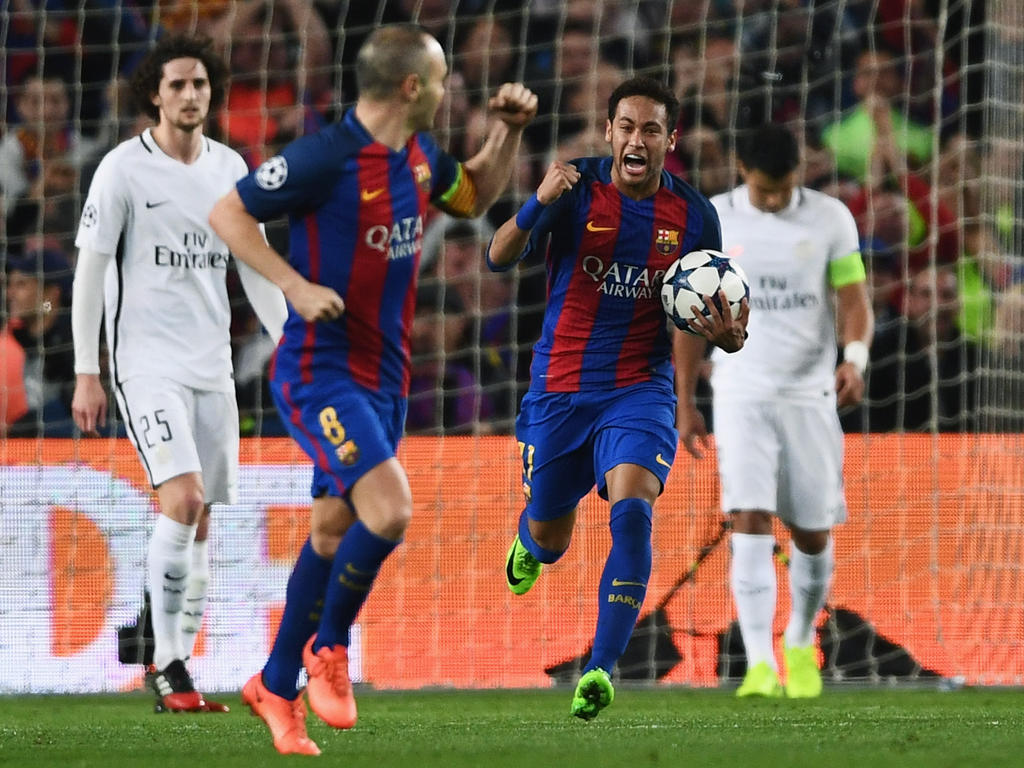 PSG coach Unai Emery was fighting for survival Thursday after his side were swept away 6-1 by Barcelona in a Champions League rout described as a “nightmare” and a “humiliation”.

The Spaniard had been hailed as a tactical genius last month when his French champions stunned mighty Barca 4-0 in Paris in the first leg of their last-16 tie.

But on Wednesday night, in front of almost 100,000 people at the Nou Camp, PSG shipped three late goals in an incredible last seven minutes as Barcelona completed the greatest comeback in the history of the tournament, winning 6-5 on aggregate.

“When you win 4-0, then lose 6-1, it’s very hard to accept,” said PSG president Nasser Al-Khelaifi, the Qatari official whose country has poured millions of dollars into the French club.

“Everyone knows that the quarter-finals were an objective and after winning the first leg 4-0 that aim was confirmed.

“This is a nightmare for everybody. Is Unai Emery still credible? This is not the moment to talk of this. After the game, we are all upset.”

“It is the entire PSG project that is threatened by this humiliation,” it said.

Emery, meanwhile, said PSG were damaged by German referee Deniz Aytekin’s decisions to award two penalties to Barcelona — both in the second half.

Lionel Messi converted the first penalty on 50 minutes to make it 3-0, before PSG’s Edinson Cavani scored what looked like a crucial away goal.

But Neymar, after scoring an 88th-minute free kick, tucked away the second penalty in the 91st minute before Sergi Roberto got the vital goal in the fifth minute of injury time.

“The truth is we have let a huge opportunity get away and we are aware of that. In the first half it was more our fault than them playing well,” said Spanish coach Emery.

“In the second half it changed. The (Messi) penalty got them off to a great start, but I was already calmer because I could see the team was responding better, were better positioned on the pitch and could do damage.

“We had chances to make it 3-2 and then the refereeing decisions, I don’t know if they were right or not, but for sure they damaged us. Then in the last two minutes we lost everything we had recovered in the second-half.

“Barcelona are capable of this in their stadium. In the last few minutes they played all or nothing and they have beaten us.”

“At 5-1 down, we were qualifying but we conceded a goal that we should not have conceded,” he said. “We acquiesced, we were victims and let them dominate us.

“Even when were 3-1 down we had lots of chances to score but we didn’t take them. We made unacceptable mistakes and handed the game to them.”

Liverpool midfielder Fabinho: We must be among Champions League favourites

Mourinho: If Bale is at the exit door I’ll fight for...

DEADLOCK BETWEEN CAEN AND GUINGAMP

Manchester United defender Chris Smalling is ruled out for at least...