The rise of Dortmund’s ‘wunderkind’ Dembele 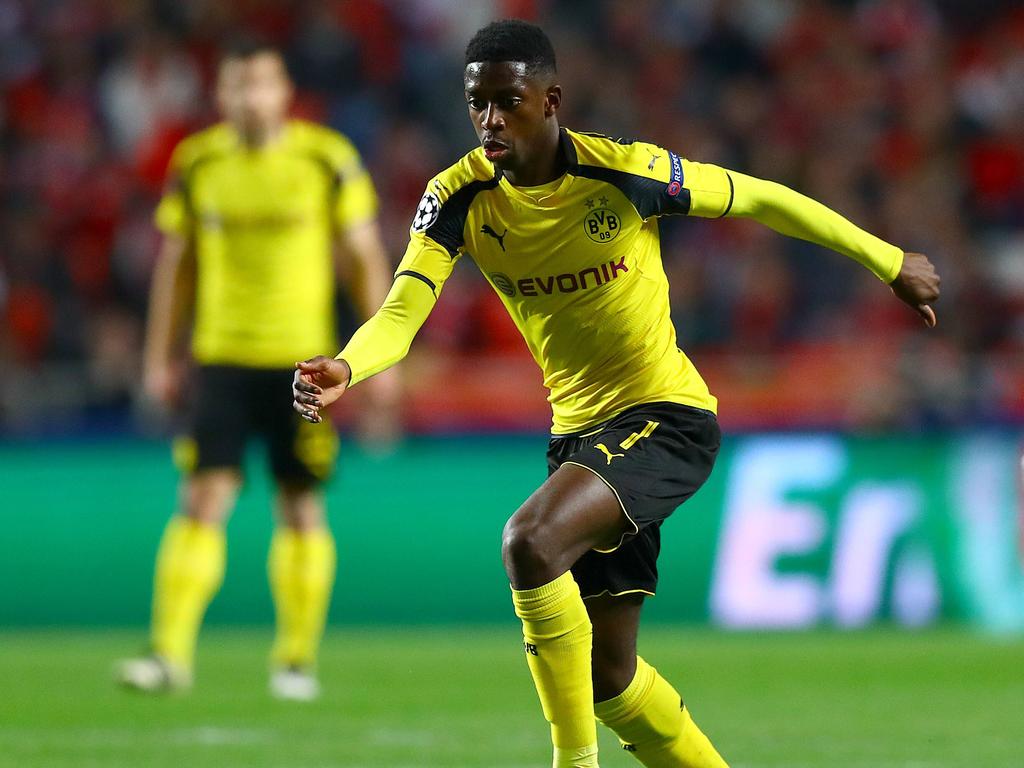 With Germany winger Marco Reus injured, French ‘wunderkind’ Ousmane Dembele will look to shine as Borussia Dortmund bid to overturn a first leg deficit against Benfica in the Champions League.

Dortmund host Benfica at their Westfalenstadion home in the last 16 second-leg on Wednesday looking to overturn a 1-0 defeat in Portugal three weeks ago.

But the bitter news Dortmund were dreading was confirmed on Sunday — club captain Reus tore his hamstring in their 6-2 rout of Bayer Leverkusen on Saturday and is out until April.

The loss of Reus is a significant blow, but Dembele was on fire against Leverkusen and is enjoying a stellar first season in Dortmund.

The 19-year-old France winger has justified the 15 million euros ($15.9m) Borussia paid Rennes for him by scoring six league goals and providing eight assists this season.

“I’m enjoying myself, but I can do better,” said the gangly Dembele.

The teenager showcased his dazzling skills with the opening goal on Saturday, turning Leverkusen’s Tin Jedvaj inside out firing home on six minutes.

He then earned the corner that Pierre-Emerick Aubameyang converted to make it 2-0 with just 26 minutes gone.

The French teenager has been attracting ‘Wunderkind’ headlines with Dortmund since July when he ghosted past Manchester United’s Luke Shaw and Marco Rojo before scoring an outrageous solo goal in Dortmund’s 4-1 win on a pre-season tour of China.

“I’m not a phenomenon, I’m just trying to be decisive for my team-mates, there are a lot of talented young people in football,” Dembele modestly told AFP in a roundtable interview.

Off the pitch, Dembele’s introduction to Germany’s top tier has been eased by fellow French-speaker Aubameyang, whom he regards as “a brother”.

The league’s top-scorer has benefited from Dembele’s pin-point crosses this season on his way to netting 21 goals in as many matches.

Dortmund have been careful to shield their rising star.

His transition to the Ruhr Valley has been helped by close friend Moustapha Diatta, 18, a neighbour from his home town of Evreux in Normandy who plays for Dortmund’s reserves.

Dembele says he came to Dortmund to learn his trade.

He has ironed out the early season chinks, no longer “stupidly losing the ball”, as he puts it, and improving his finishing, which he demonstrated against Leverkusen.

But as German magazine Kicker observed: “We can excuse a few lost balls when he attracts so many spectators to their seats.”

Dembele says he is revelling in the talent around him, including the likes of Portugal international Raphael Guerreiro and German Julian Weigl, not to mention Aubameyang, known as ‘PEA’.

“Guerreiro and Weigl look for me between the lines, ‘PEA’ makes good calls and we combine well with Reus,” said Dembele with obvious delight.

Dembele also won respect from Kicker, who dubbed him “a fighter” by cooly nailing Dortmund’s opening spot-kick in a penalty shoot-out win over Hertha Berlin in the German Cup last month, despite suffering from cramp.

Bayern Munich are again running away with the Bundesliga but Dortmund, the 2013 Champions League finalists, have their eyes on other prizes.

They are bidding to reach the quarter-finals in Europe for the first time in three years and are through to the last eight of the German Cup.

It leaves Dembele brimming with expectation in first season in Germany “to win something — at least one trophy”.